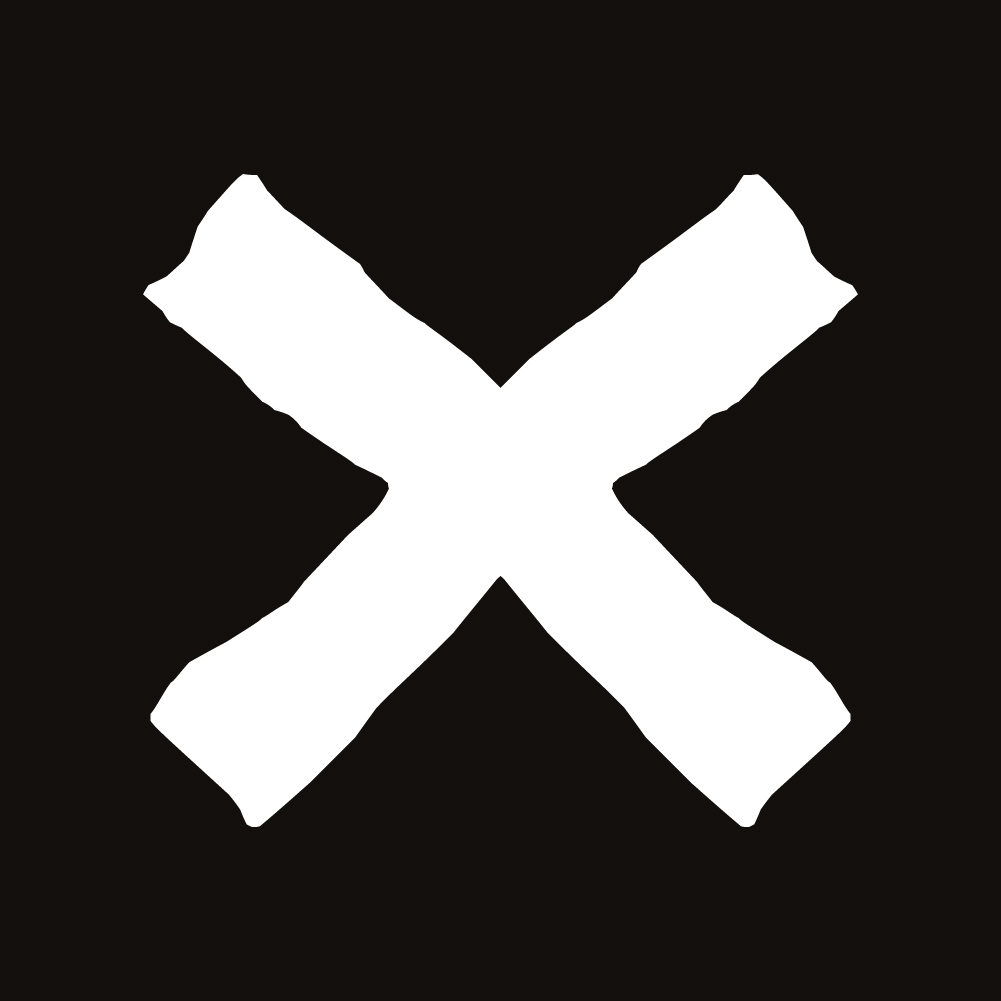 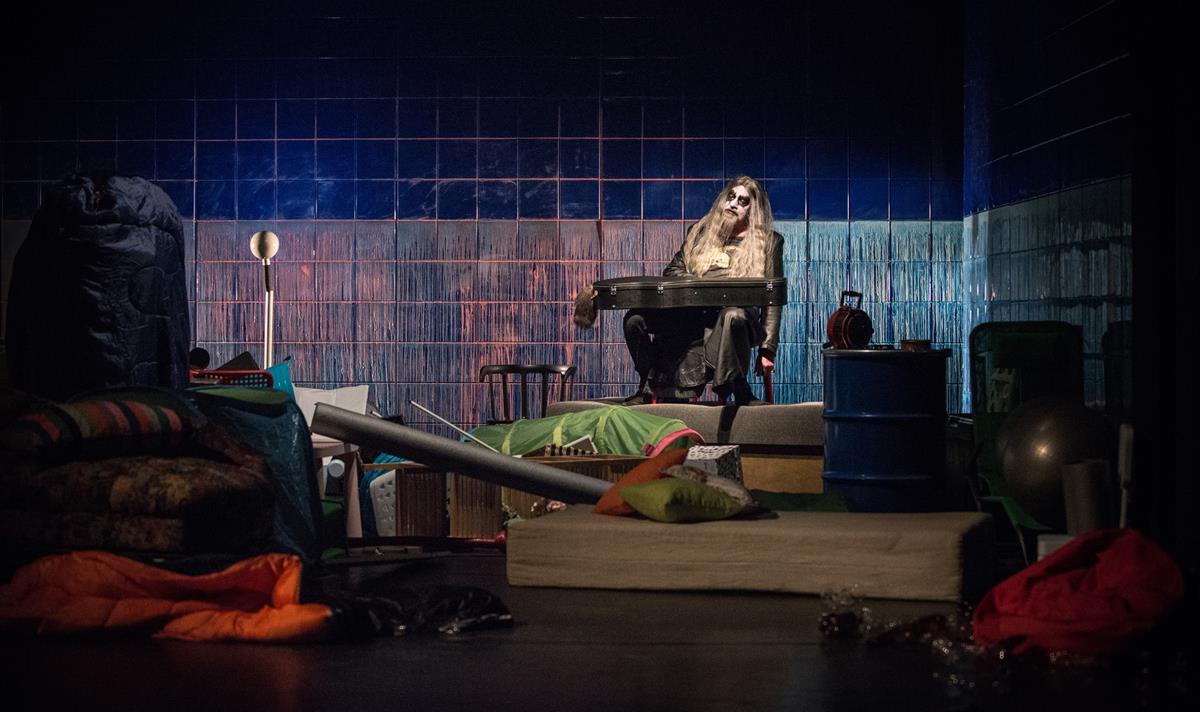 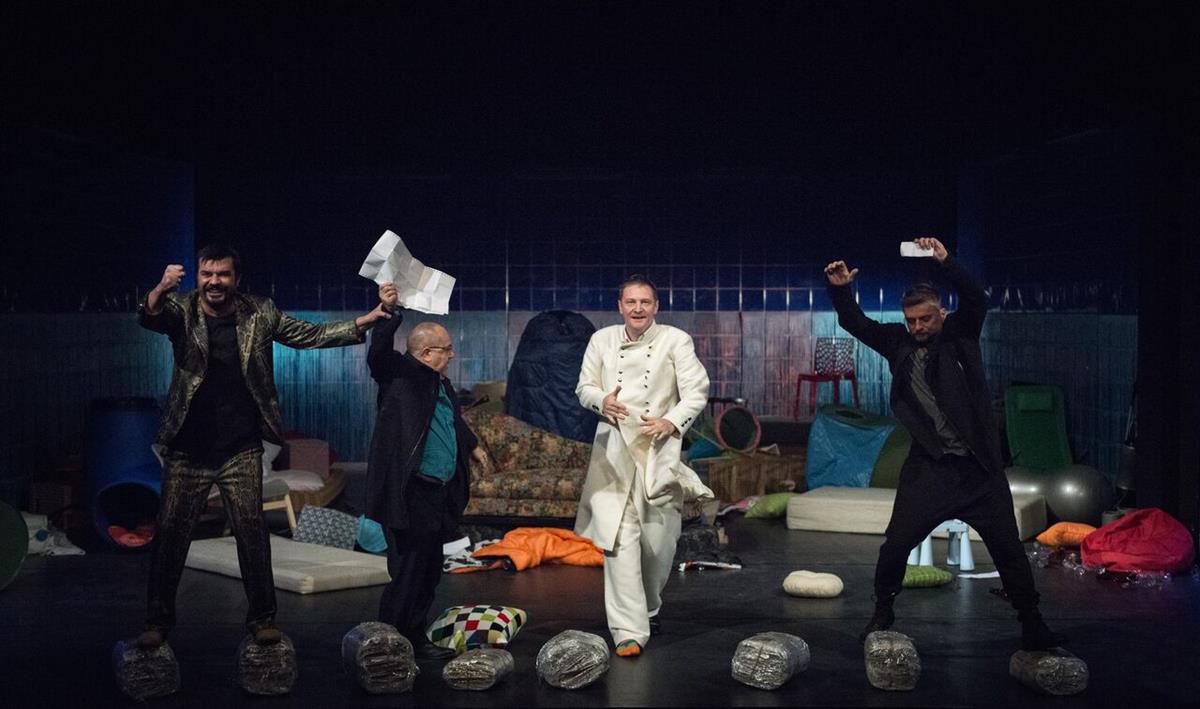 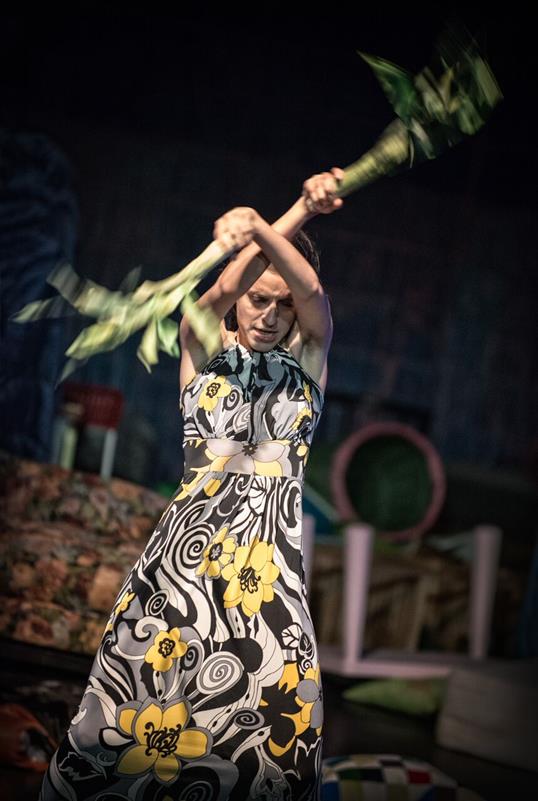 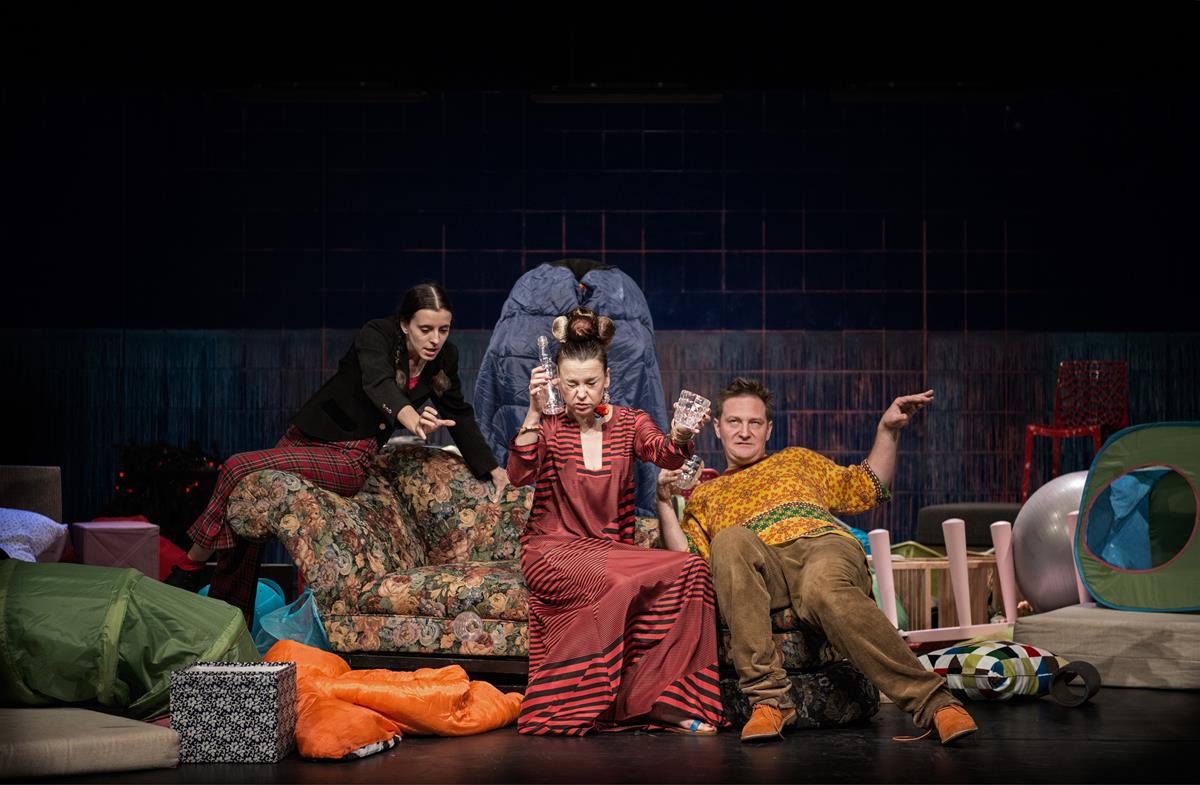 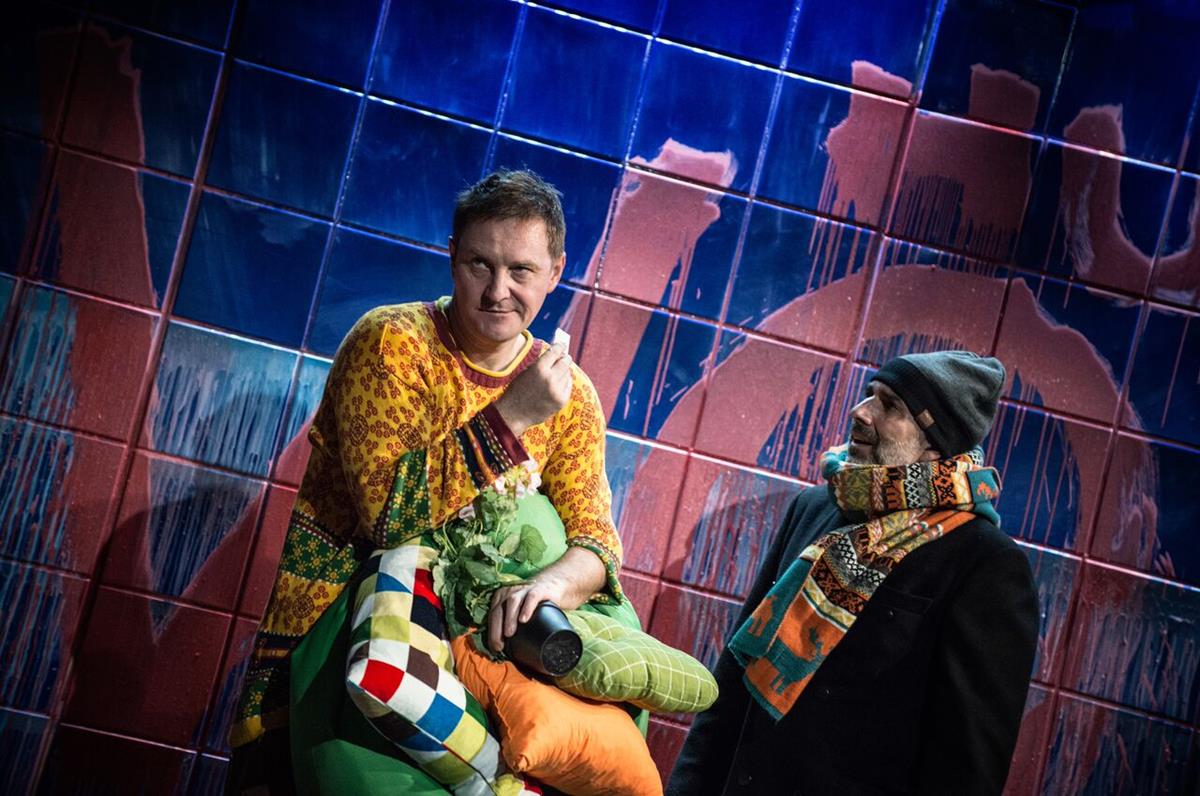 *Having considered the fact that no official decision had been received by 27 September 2017 from the Ministry of Culture and National Heritage regarding the provision of the grant to fund the festival, the organiser has to cancel 3 Polish spectacles of the main programme: the following performances will not be staged: “The Enemy of the People” by Jan Klata from the Helena Modrzejewska National Stary Theatre in Krakow, “Hymn to Love” by Marta Górnicka, which is a co-production of the Polski Theatre in Poznań and the Chorus of Women Foundation, and “One Gesture” by Wojtek Ziemilski from the Nowy Theatre in Warsaw, as well as meetings over the above spectacles. Due to the fact that the grant has been withheld by the Ministry, the organiser is not able to stage the above performances.

Statement of Tomasz Kireńczuk, the Programme Manager of the 9th Dialog-Wrocław ITF of 27 September 2017 on changes to the festival programme: HERE

Ibsen wrote An Enemy of the People in 1882, but the mechanisms described in the play are still amazingly relevant. In Jan Klata’s production the small spa tow somewhere in the south of Norway seems strangely familiar. In all its disorderliness and shallowness, with the little interests of its coteries and groups of influence, with its fierce conflicts and sudden explosions of euphoria it becomes a mirror image of contemporary Poland. The truth, the main carrier of which is Doctor Stockmann, is uncomfortable and forces the inhabitants to act radically to defend their interests, disregarding the welfare of the community. The key scene in the production is the improvised monologue of Doctor Stockmann (Juliusz Chrząstowski), which Klata uses to shift the production to the present even more emphatically. What should one do to become an enemy of the people today? The question accompanies the performance until the very end.

“In his new production Jan Klata updates the eternal dilemmas found in Ibsen’s play. And although he still adheres to the crazy cartoon poetics, An Enemy of the People adapted by Michał Buszewicz is essentially a simple story about the fact that the world is not beautiful and yet still worth fighting for.”
Michał Centkowski, Newsweek

“An Enemy of the People directed by Jan Klata is uncomfortable and painful. Just as uncomfortable is the truth about ourselves, indifferent and used to our own views and visions of the world.”
Aleksandra Skowrońska, kultura.poznan.pl

“Klata manages to accomplish something by no means easy: he constructs a production which can appeal to nearly all spectators (apart from those who know in advance that such theatre must be bad), and formulates a massage that is vivid and ambiguous, banal as this sounds. An Enemy of the People at Stary Teatr seduces and disconcerts, it provides an opportunity to enjoy the theatrical machine in full swing, and in all this does not leave the spectators […] on the sidelines of the conflict they are witnessing.”
Olga Katafiasz, teatralny.pl

“About enemies of the people – alleged, like the refugees, and genuine like smog or, even more so, conformity.”
Aneta Kyzioł, Polityka

Jan Klata (1973) – Polish theatre director, graduate in directing of Kraków’s School of Theatre. Between 2013 and 2017 director of Narodowy Stary Teatr in Kraków. He made his debut with a production of The Inspector General at Teatr Dramatyczny in Wałbrzych (2003). His awards include the Golden Yorick (2014) for the best Polish interpretation of a play by Shakespeare for his production of King Lear at Stary Teatr, “Passport” Award of the Polityka weekly (2009) and Swinarski Award (2008). In his projects he draws on the achievements of pop culture, skilfully combining them with high art. When adapting classics, he looks in them for themes corresponding to the present. He has directed at the best Polish theatres – Teatr Polski in Wrocław, Wrocławski Teatr Współczesny, Teatrze Wybrzeże in Gdańsk, Teatr Polski in Bydgoszcz – as well as Russian, Austrian and German theatres.

JAN KLATA ON THEATRE
Caressing and embellishing ulcers is not good. This was, in fact, what the Great Authors – of whose profanation I am constantly accused – believed. This is why I am deeply convinced, although I may be wrong, of course, that in my remixes of literature – because these are not versions performed note for note but remixes and covers – I remain faithful to the authors somehow. Or at least I really want to. In spite of appearances.