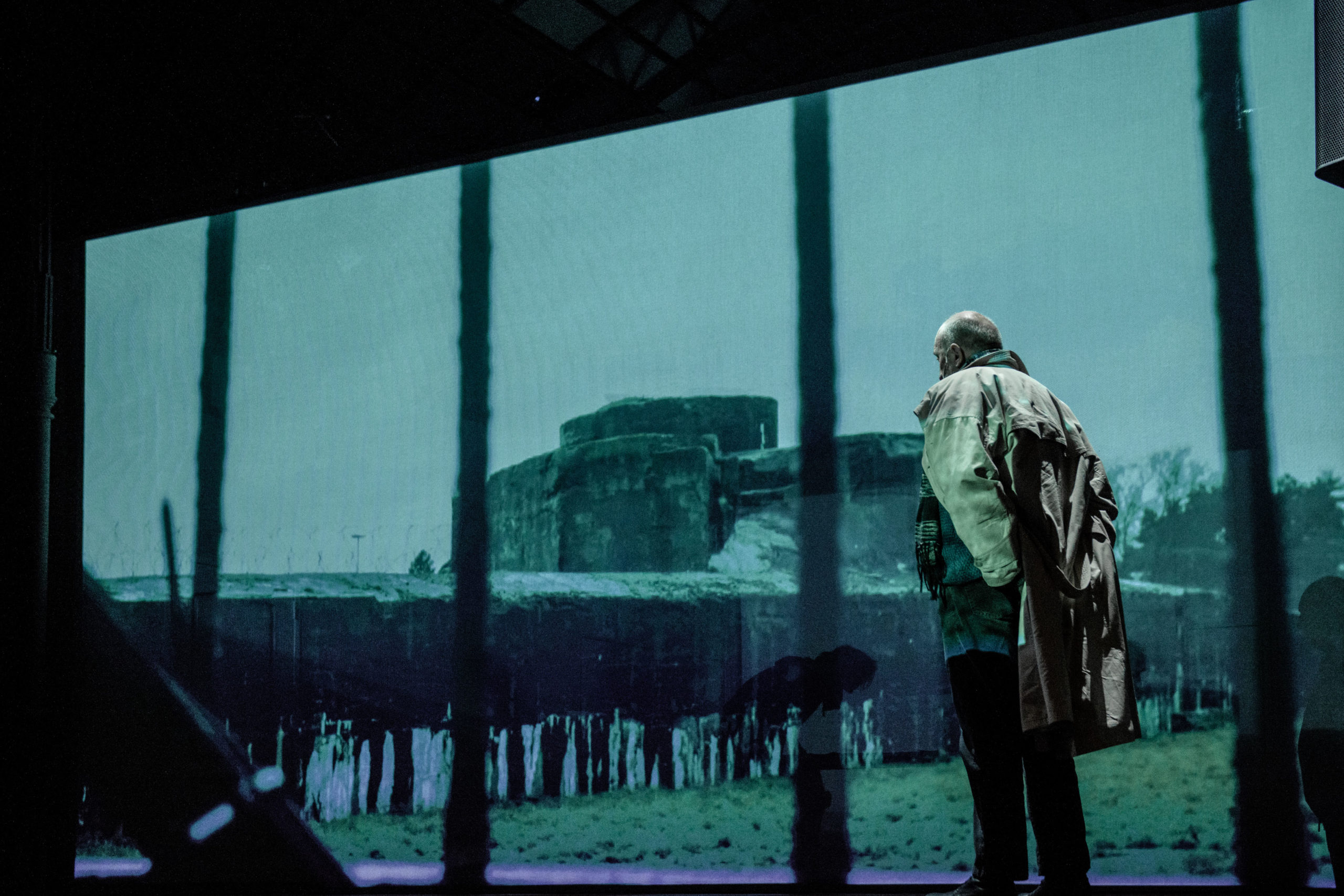 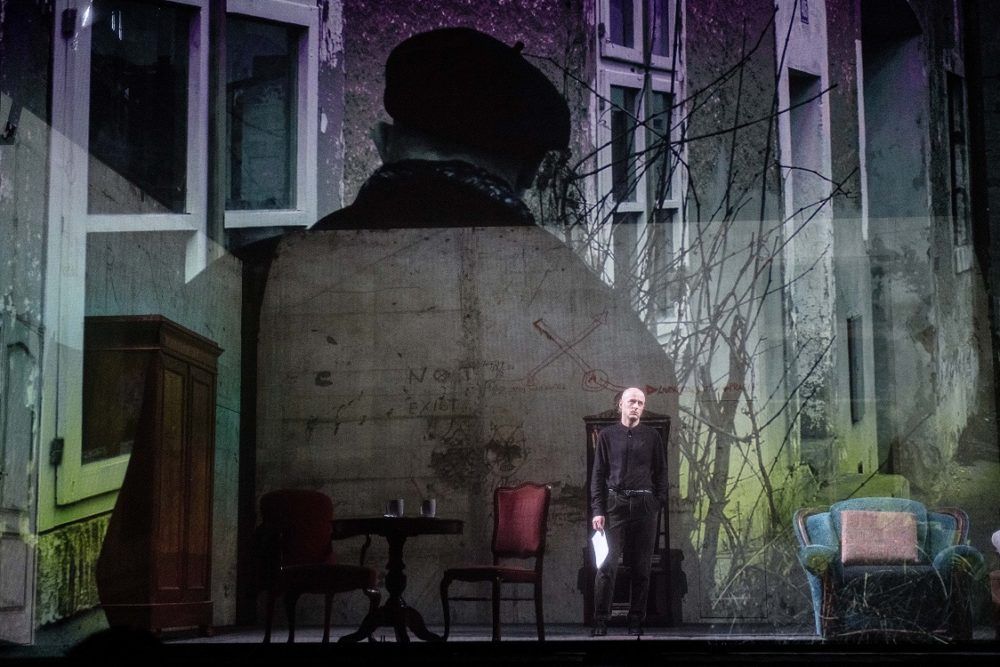 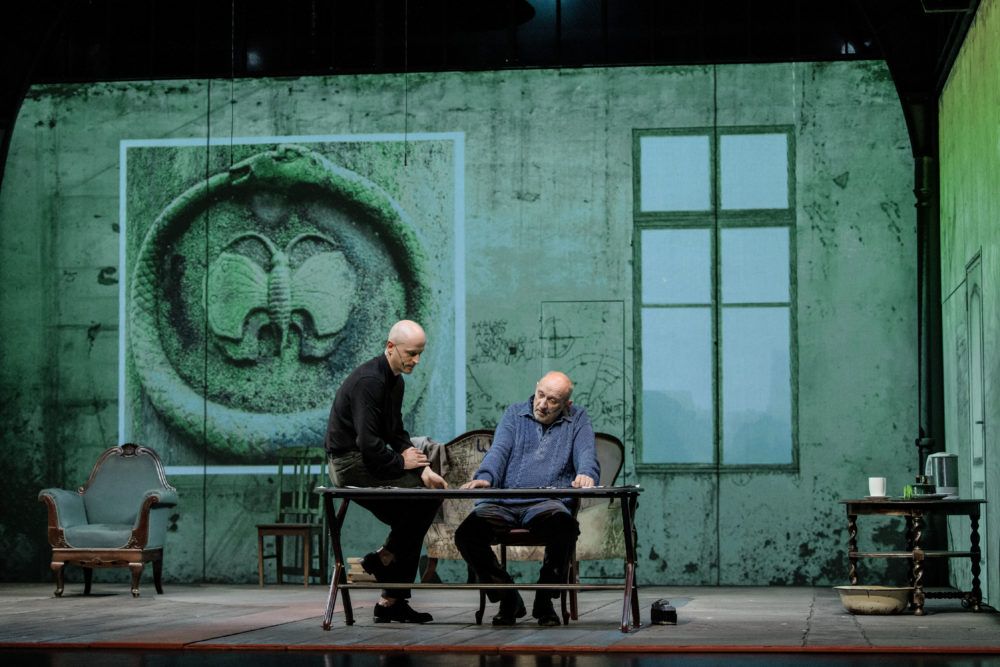 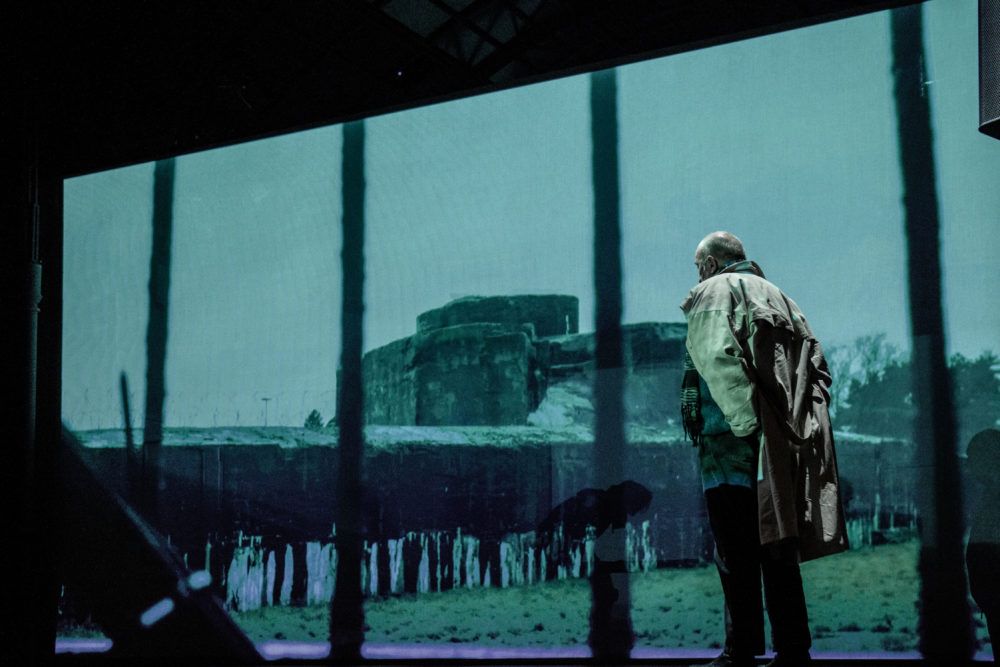 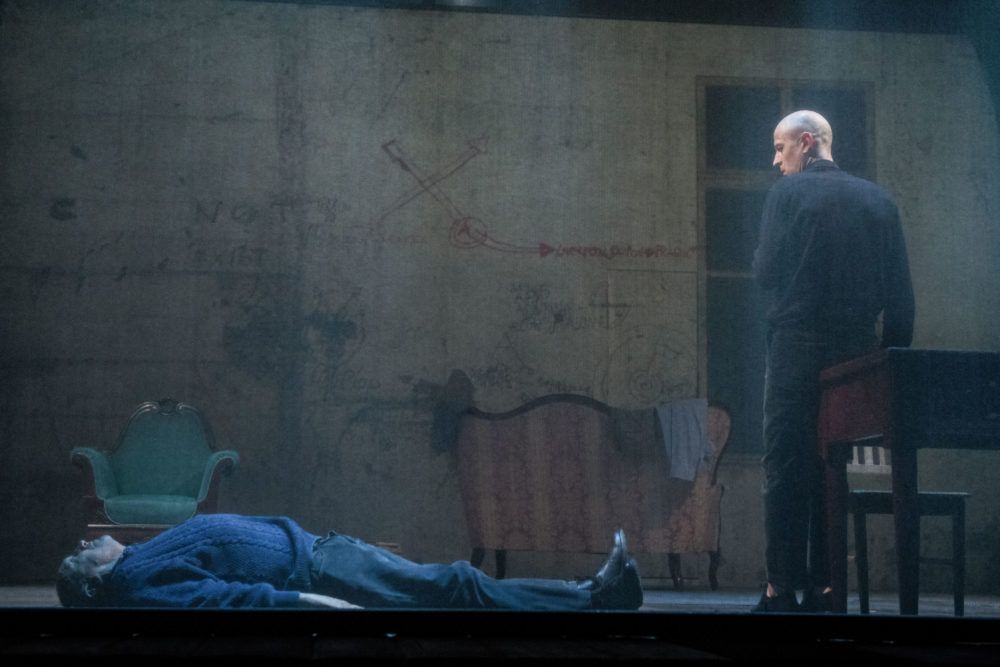 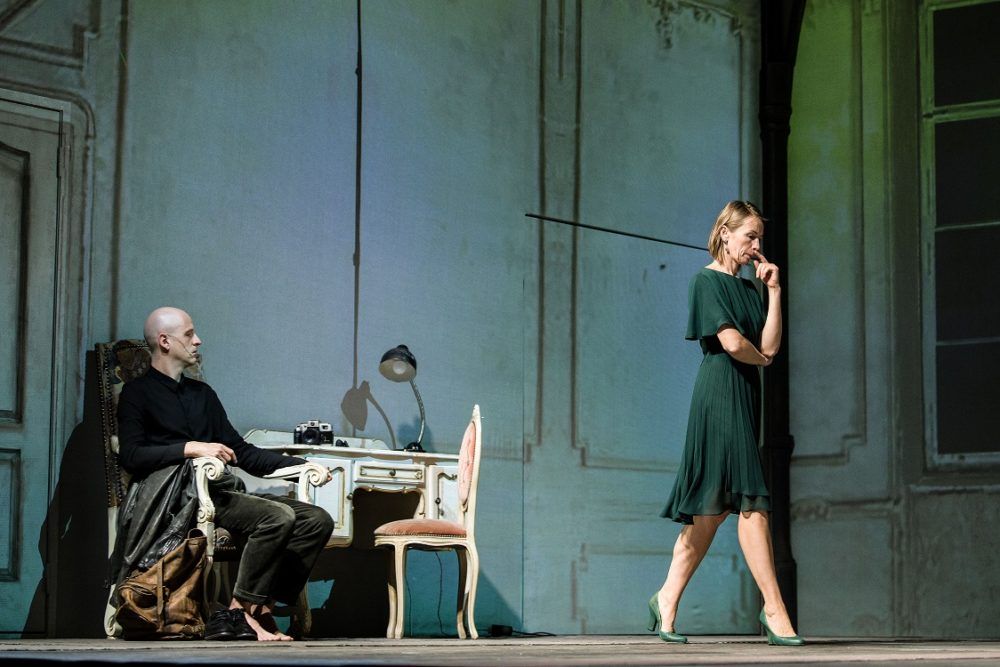 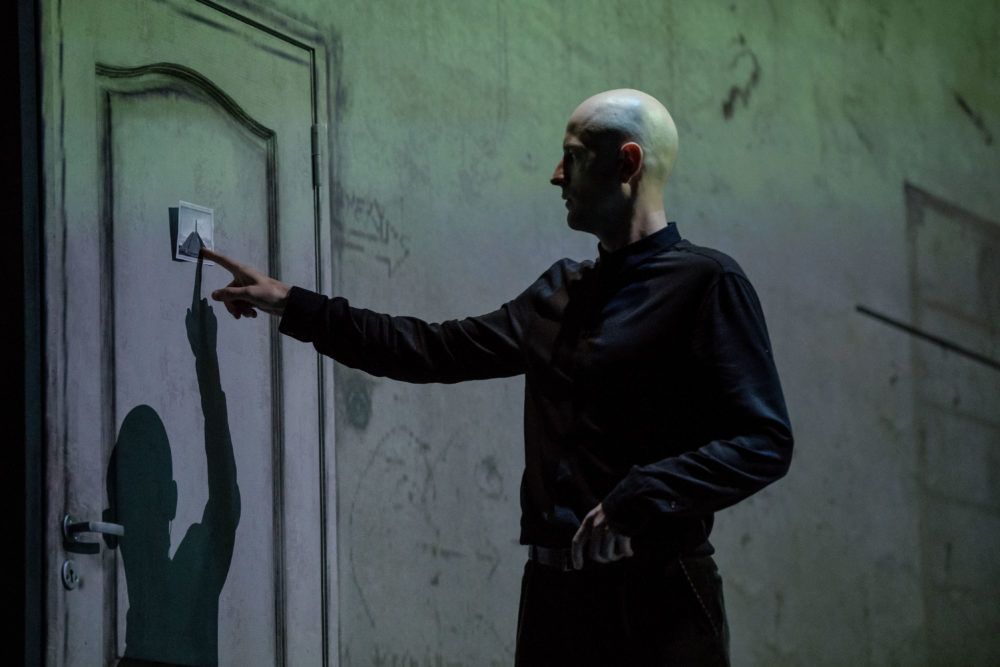 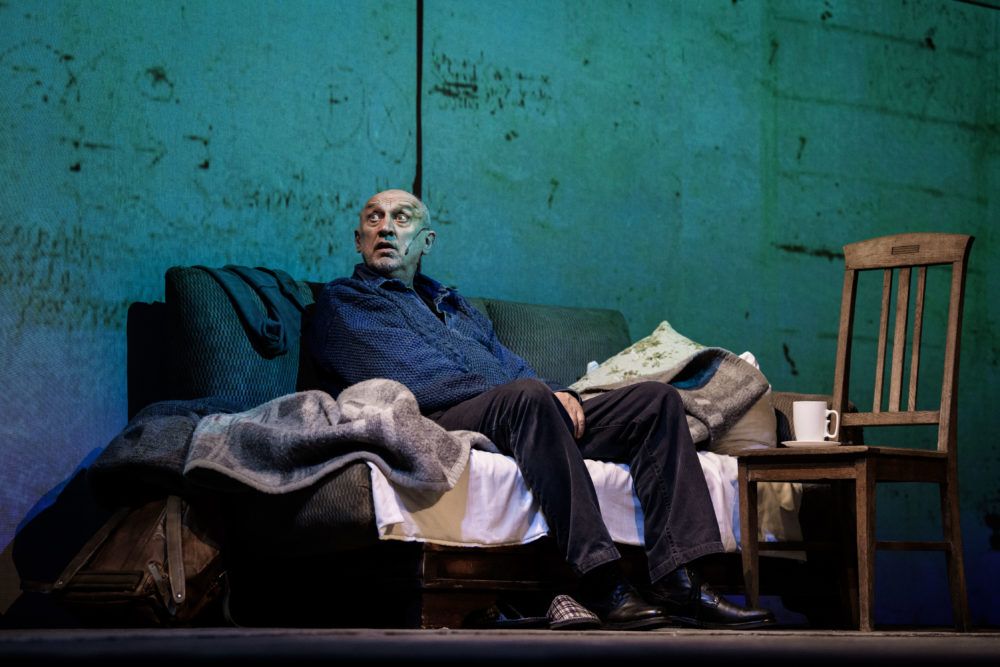 The events depicted in Austerlitz span sixty years – from 1939 to the end of the century. These events had already transpired before the narrative begins. Sebald describes random encounters between the narrator and a solitary wanderer Austerlitz which take place in different European cities in the course of nearly three final decades of the twentieth century. As a five-year old boy Austerlitz was sent on a train of life out of Prague to London by his mother right before her deportation to the Terezyn concentration camp. His father disappeared without a trace. Under a new name Austerlitz was adopted in Wales, then went to Oxford, and later settled in London as a researcher of nineteenth-century architecture. He lived without any early memories until one day he had a sudden fit of recall in the very Liverpool railway station to which he had been brought by the train of life. He then embarked on a search for his childhood home and his parents. However, Austerlitz’s homecoming to Prague merely exacerbated his feelings of rejection, and he found the meaning of life only by looking for traces of his parents.

Austerlitz, based on the novel by W. G. Sebald, at the State Youth Theatre, directed by the Polish director Krystian Lupa, is an intense internal journey, unfolding in a five-hour performance. The events covered by Austerlitz span six decades, from 1939 to the end of the century, and the action takes place in Antwerp, Wales, Oxford, London, Paris, Prague, Terezyn and Marienbad. By visiting some of the places described in the work before the lockdown, the creators of the production had the opportunity to give the entire flow of the work some special artistic dynamics, turning the time on the stage into a thought process. In this collapse of memories, the experience of the work and the experiences of the audience intertwine, unexpectedly opening up new meanings of perception.

The Wilie Agency (UK) Ltd. for W. G. Sebald’s text; photographs of Austerlitz as a child and videos filmed in nature by Audronis Liuga; excerpts from film Projections of Life from United States Holocaust Memorial Museum; an excerpt from Alain Resnais’ film Last Year At Marienbad.

A meditation on the trauma of the Holocaust

Every person who analyses processes of theatre should see Austerlitz, because it is a result of the quest for a new theatrical language. It is not even a production – it is a process which has started in 1939 and has not ended to this very day. We cannot evaluate this production as either »successful« or »unsuccessful« – it is an outstanding artistic event and its suggestive force was in the air even during the days of its opening.

For the whole duration of the performance one can perceive how the director’s imagination floods the stage. Such vivid visual repetitions can bring those who have seen at least one of Lupa’s productions back to the atmosphere of nostalgia, sadness and memories which they had experienced in his previous works. Lupa himself as if becomes a character returning to the past along with us. This time, in Austerlitz, all such images are placed even closer to us with the aim of evoking a long-term effect of the performance, sparking one’s inner conflict with oneself when metaphysical states of the characters unawares invade one’s consciousness. The viewer becomes not just an observer of the performance, but rather its participant. We take part in the process of Austerlitz as researchers, as living witnesses to history, as saviours of both the victims’ and the executioners’ souls.

For Lupa Austerlitz is an especially important character since his journey into himself apparently rewrites the events anew. The director does not hide this, to him palimpsest is the meaning of creative work. Yet Lupa does not erase anything here – human egotism by then must have erased history. He writes anew together with the characters, he recreates history as much as our consciousness can comprehend it. Thus we do not get to see the most horrible frames, because they would be beyond our comprehension. This very process requires a kind of theatre which unfolds between thought and the real-time transformation we undergo during the performance.

The greatest success of Austerlitz is that, unlike any other production, it lays bare the process of thinking which also forms a completely new way to evaluate art. Lupa suggests we newly comprehend and give sense to the philosophy of art. In Austerlitz the art of theatre becomes a philosophical given, because the performance submerges the viewer in the process, as if letting him »try on« the characters’ garb and join them on this exhausting journey.

In the Eyes of a Viewer

To transfer this [Sebald’s] view and this epic style of narration onto a theatre stage means to kill the traditional theatre: to deny direct speech and drama, to create characters without their development but with a jerky rhythm (he yesterday and ten years ago), to fuse the here and now with the there and then. Because it is a narrative, not a drama, it is based not on action but on reflection. And this is one of the most interesting features of Krystian Lupa’s directing: he has created a method of adapting prose for the stage by paying attention not to its plot, but to its essence – its narrative and style. Meaning, art. As the family epos is being cursorily related, a pause is made at a certain episode which turns into a tragedy for one of the characters, but then the journey goes on. Because the important thing here is the story as a process, as a flow, and the narrative as a phenomenon.

The Holocaust That Walks Nearby With a Face Of a Child

I notice a specific parallel between the structure of Krystian Lupa’s Austerlitz and that of Daniel Liebeskind’s Jewish Museum in Berlin. These works of different nature evoke their effect by similar means – neither attempts to have an emotional impact, both hardly relate anything typical to the stories of the Holocaust memory, both are disassociated from any manipulation with images or narratives. They both create an atmosphere for our bodies almost devoid of any direct historical references. Precisely for our bodies: so that the voice of traumatic awareness, its breath would get spiritually and physically integrated in us. After all, modern works of art about the genocide of an entire people can have basically just one aim – awareness of the void. Because if other voids may get filled, crusted shut as years go by and grow over with other humanities, this void lives on nearby, walks next to us and keeps silent.

KRYSTIAN LUPA (born in 1943) is a Polish director, playwright and teacher who has influenced numerous theatre professionals around the world, has brought up a new generation of theatre artists in Poland, and is renowned as one of the most prominent European theatre directors alive today. His studies of physics, visual arts, filmmaking and theatre have shaped the universal quality of Lupa’s work which entails a synthesis of different art forms. Lupa became famous as an interpreter of Thomas Bernhard by revealing the work of this Austrian writer to the world. He created his own theatrical language through stage adaptations of the works of some writers lesser-known worldwide – Hermann Broch, Robert Musil, Werner Schwab, Alfred Kubin. Upon completion of his studies, Lupa moved to a minor Polish city of Jelenia Góra, where he established a creative laboratory and began developing his method of working with actors based on improvisation and original onstage creativity. Lupa’s early acquaintance with Carl Gustav Jung’s theory of psychoanalysis helped him to delve into the mysteries of acting, and, during his many years of work, the director has adapted it to his original philosophy of actor’s creative process. Lupa has toured many countries in the world with his productions and has received prestigious awards. In 2009 he was awarded the Premio Europa per il Teatro.

The Youth Theatre is repertory theatre founded in 1965 and became legendary because of Eimuntas Nekrošius yearly productions. Nekrošius started his artistic carrier in the Youth Theatre under the theatre‘s leadership by his teacher and prominent personality of Lithuanian theatre culture director Dalia Tamulevičiūtė. The performances directed by Nekrosius „The Square“ (1980), „Pirosmani, Pirosmani“ (1981), „The Day Lasts Longer Than a Hundred Years“ (1983), „Uncle Vanya“ (1986), „The Nose“ (1991) in between mid eighties and nineties toured in Moscow, Sankt-Peterburg, Kiev, Tbilisi, Minsk, Tallinn, Belgrad, Parma, Turin, visited Belgium, Holland, Germany, Finland, Norway, Sweden, Israel, USA (Chicago, New York), Switzerland, Australia, Columbia, France. Nekrosius left the Youth Theatre in 1991. For 20 years since the end of 1990 the Youth Theatre’s artistic leader was former actor of it’s ensemble Algirdas Latėnas. He turned to direct performances based on world classic as well as natonal and contemporary dramaturgy. Many young Lithuanian directors and actors made they debuts in the theatre during this time. Since 2016 the Youth Theatre artistic leader became theatre critic and producer Audronis Liuga. He started his artistic programme of the theatre’s renewal by inviting prominent Lithuanian and international directors as Eimuntas Nekrošius, Krystian Lupa, Kristian Smeds, Arpad Schilling, Yana Ross, Eric Lacascade, Kirsten Dehlholm, Gintaras Varnas, as well as innovative young Lithuanian artists. Internationally renewed masters new productions compose a core of the repertoire and young Lithuanian talents adding a new value to the Youth Theatre’s present as well as creating it’s future.