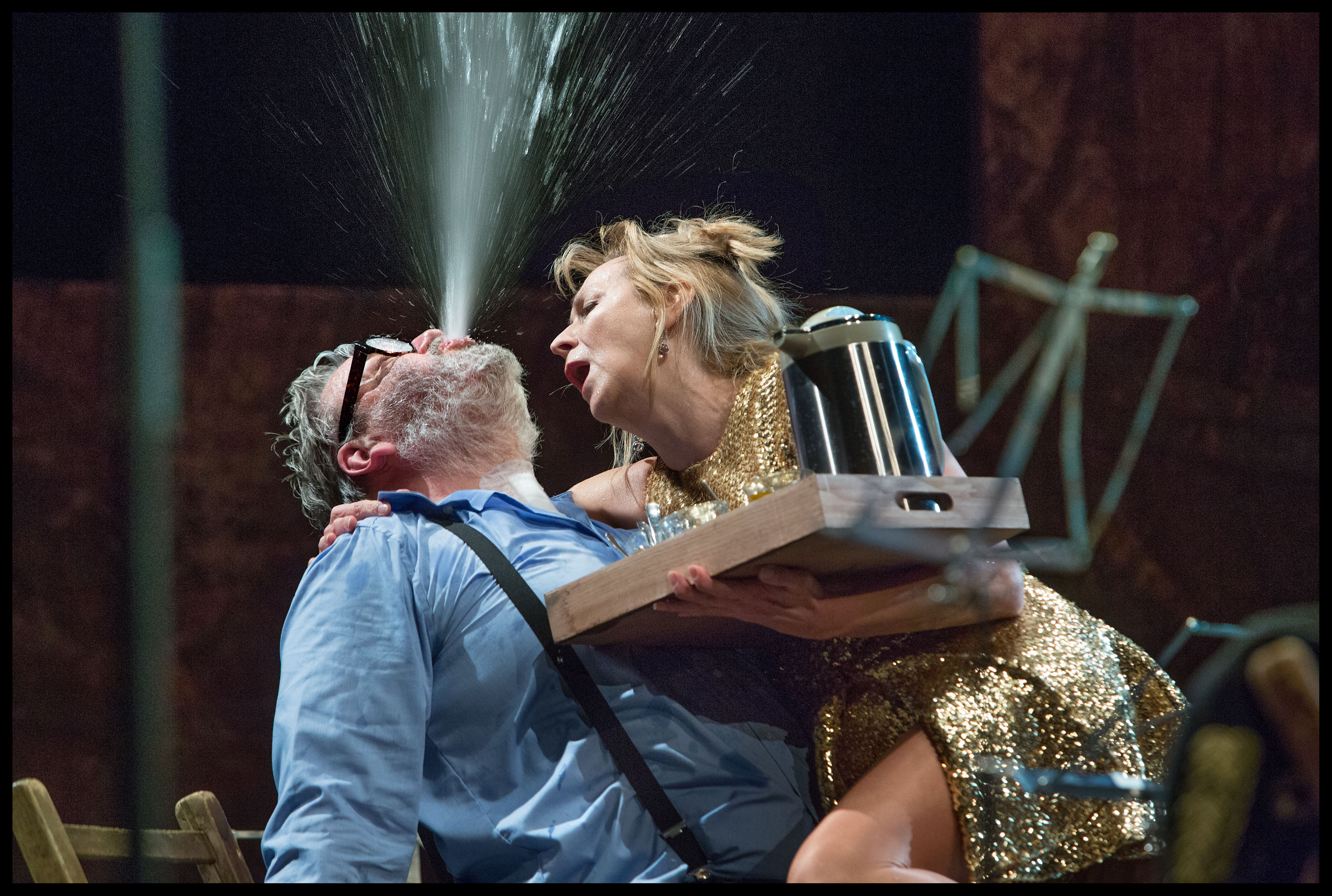 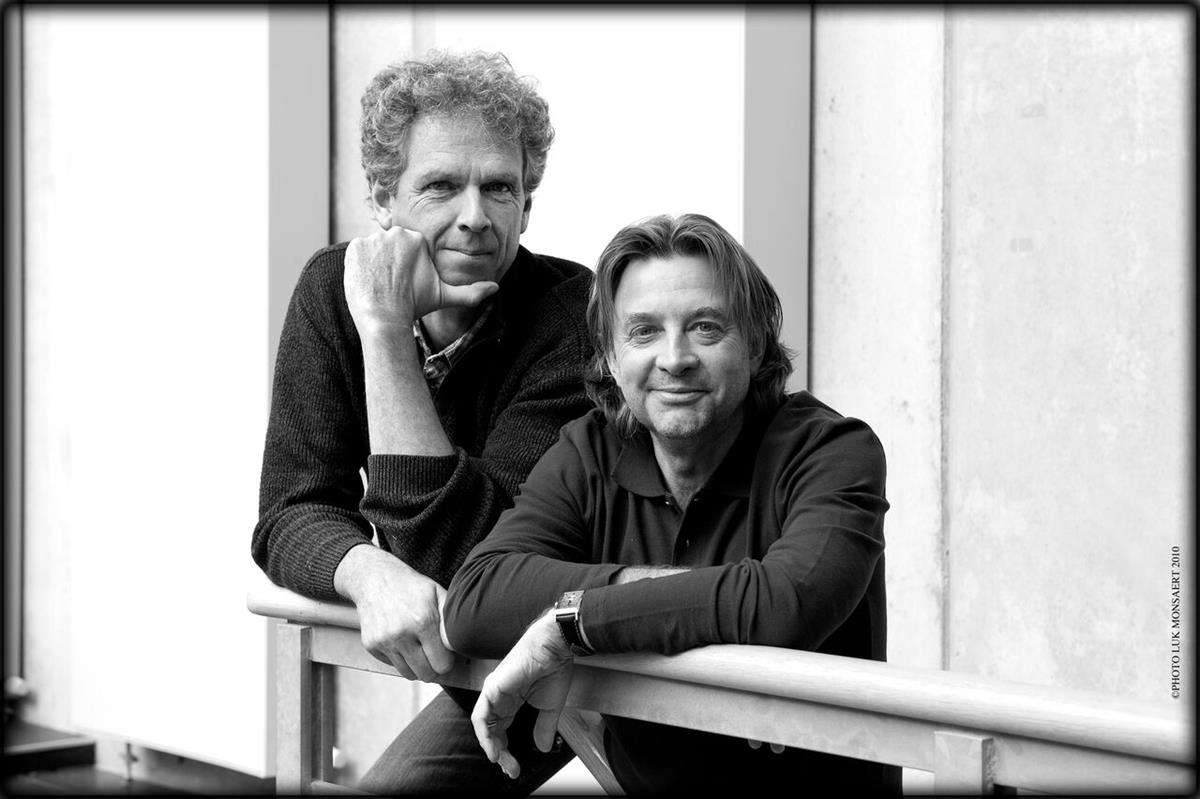 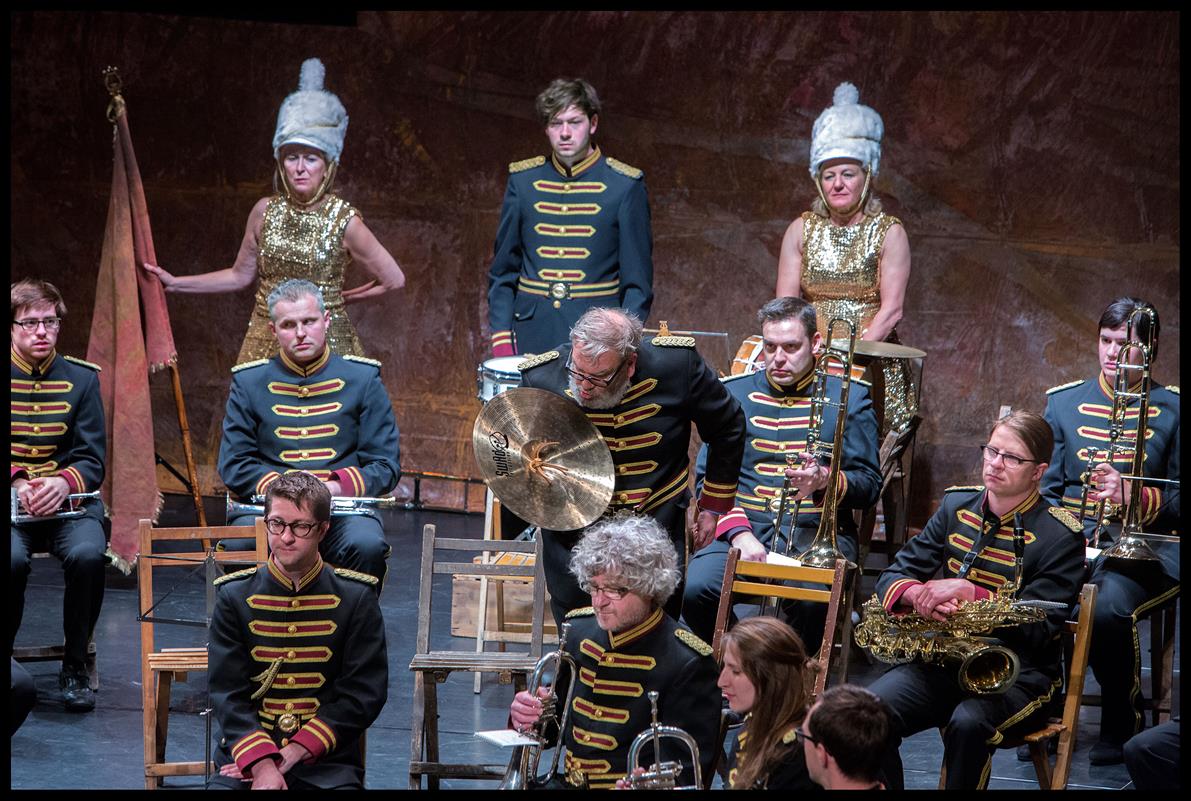 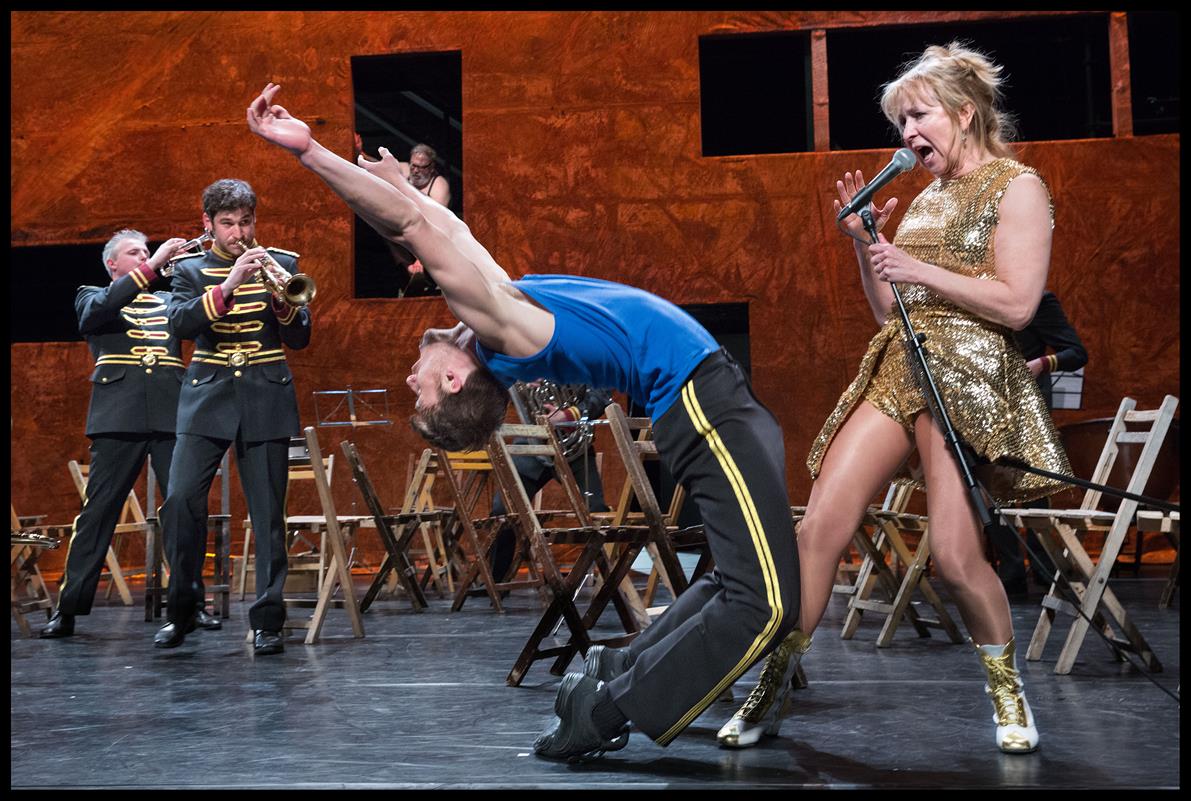 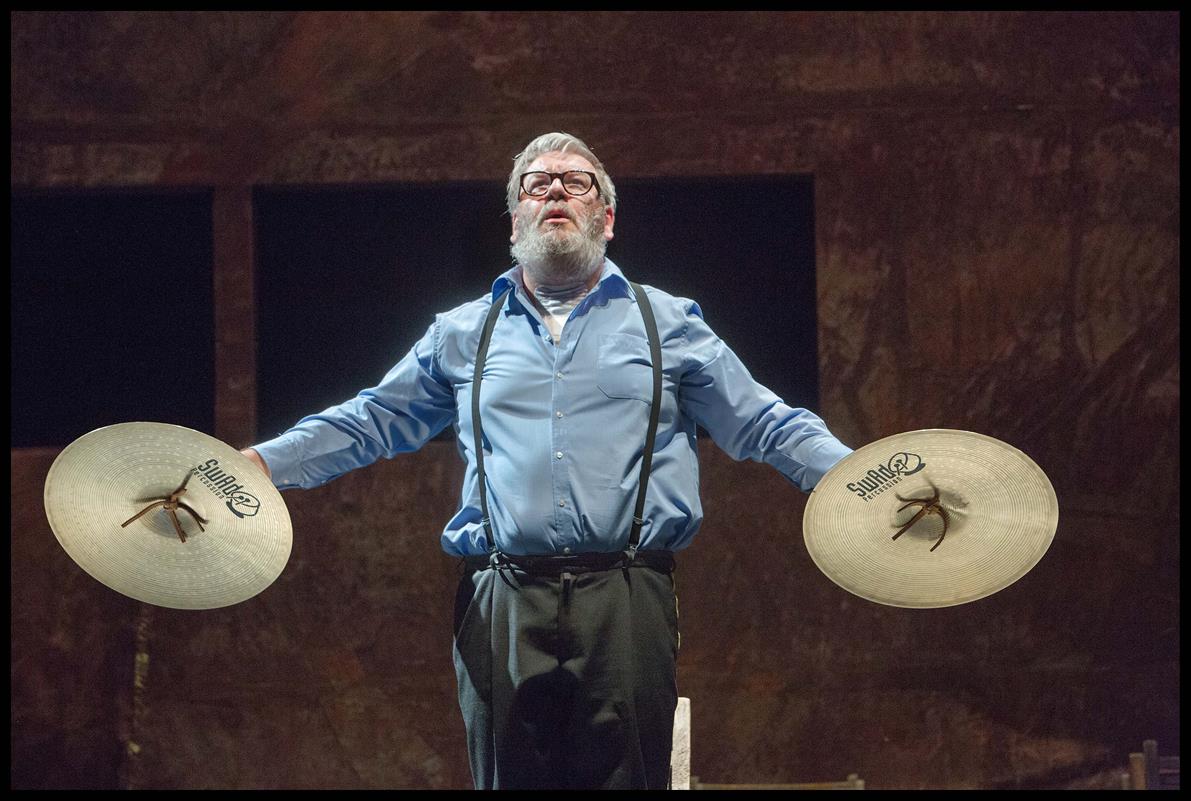 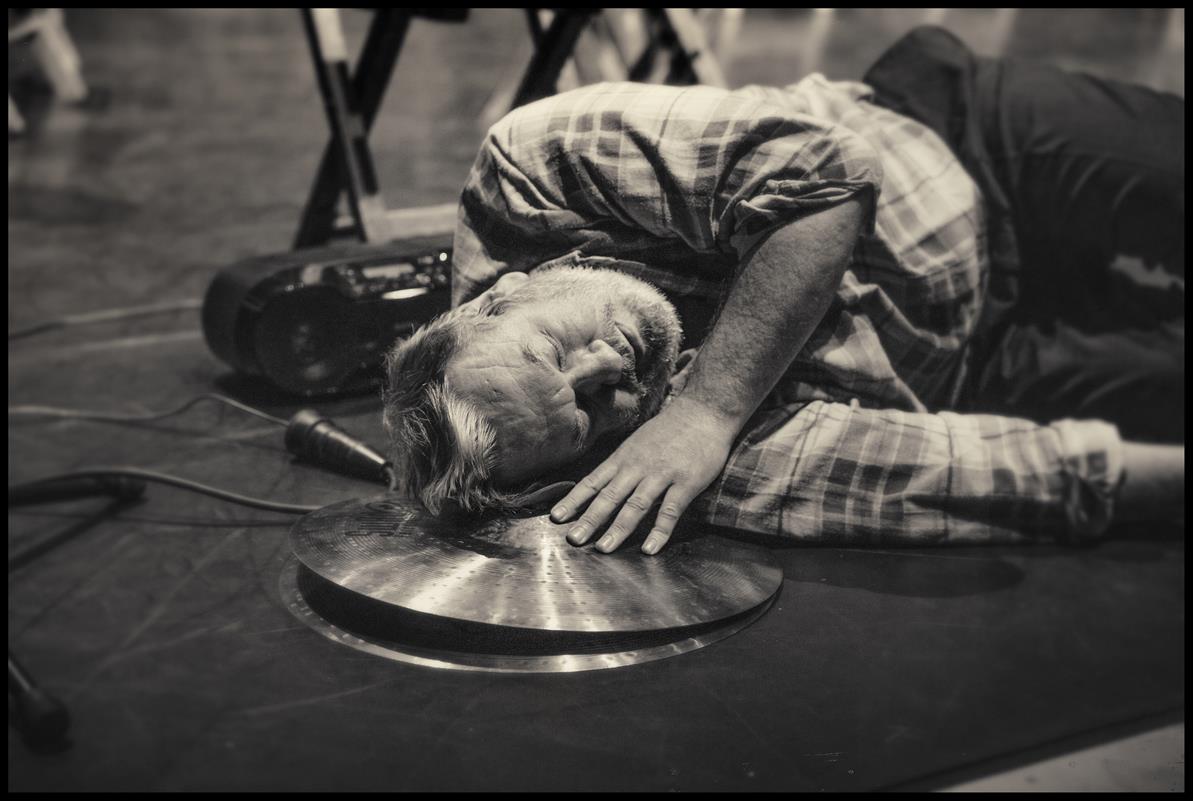 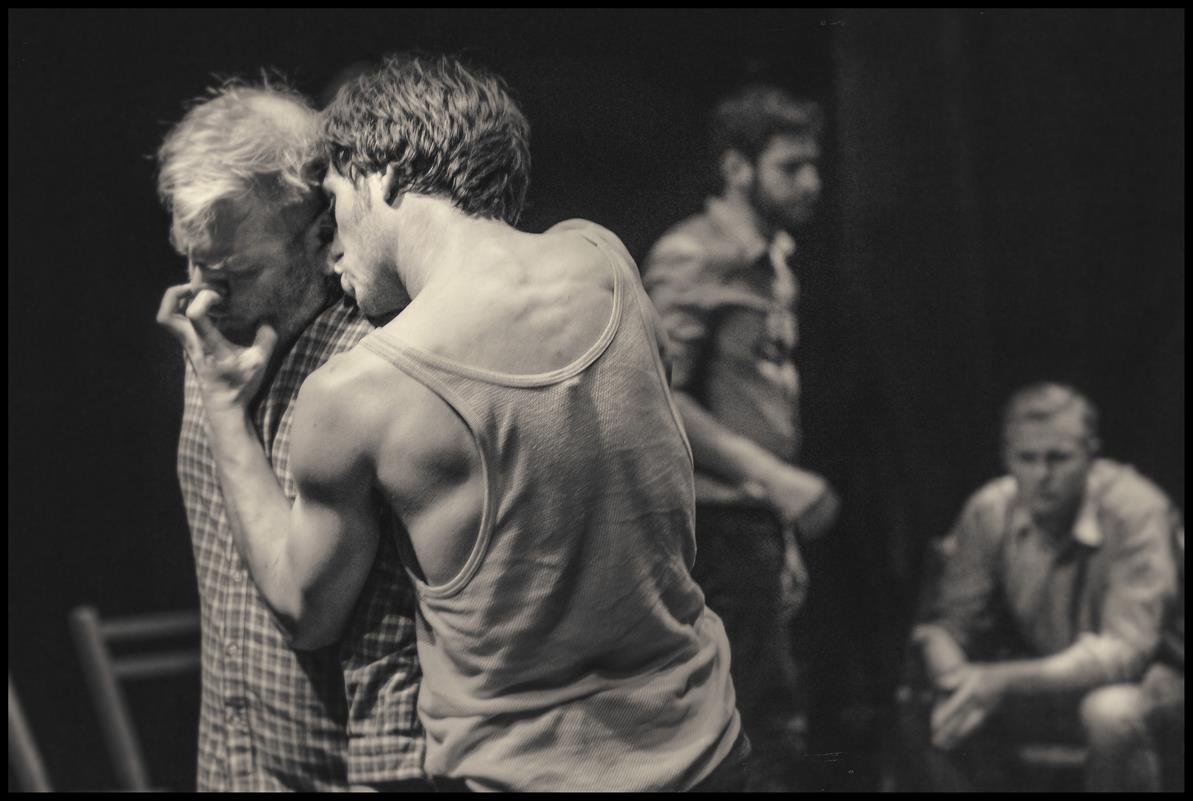 In En avant, marche! Alain Platel, Frank Van Laecke and Steven Prengels draw on the tradition of music groups, which for decades were an important part of the local social and cultural life. A musical ensemble, music club, brass band become a symbol of community through which a universal story of human life can be told. In En avant, marche! we see how members of small communities, despite conflicts, personal ambitions, love relationships, generational differences and different worldviews strive to be together and go forward together. Being together is the highest value and great inspiration for our increasingly divided community. Actors, dancers, musicians and local artists (the music is played live and the performance features local music bands) make up one team, a community whose language is human body treated as a musical instrument. The central figure in the production is a dying trumpeter, a character inspired by the protagonist of Luigi Pirandello’s play The Man with the Flower in His Mouth, who has to say goodbye to his band and his instrument. Is he still a member of the community? Does he have the same rights as the other, healthy and energetic musicians? Will he be remembered by anyone, after being replaced by a young trumpeter? His presence forces everyone to confront death; it also puts communal bonds to the test. This in some way narcissistic staging of one’s own funeral in En avant, marche! reminds us how important it is to be with others, to create a community and to be noticed by this community.

ALAIN PLATEL (1959) – Belgian choreographer and director. In 1984 he founded the artistic collective les ballets C de la B, with which has created such productions as Vspr, Gardenia, Bonjour Madame, Pina – Out of Context. Platel’s method consists in months of improvisation with dancers in an open creative process. The collective is made up of dancers with a classical and contemporary dance background. Platel has received numerous international awards, including the New Theatrical Realities and Les Prix de la Danse.

STEVEN PRENGELS (1978) – Belgian composer, graduate of the Conservatory of Amsterdam and the Conservatory of Antwerp. His works have been performed by the Chamber Orchestra of Belgium, Brussels Philharmonic, deFilharmonie, SPECTRA and Nieuw Ensemble Amsterdam. He has composed Sisyphe, based on Albert Camus’ prose, for the Flanders Symphony Orchestra; his collaborators include both les ballets C de la B, and Johan Simons.

ALAIN PLATEL ON THEATRE:
I think that what has always been the most important in dance is expression through movement, gesture, physicality of emotions about which we cannot talk. What I try to do in my theatre can be described as an attempt to create a physical, bodily language through which we can say what we cannot express through words. […] I deeply believe that people can be brought together, be together and live together. This is precisely what I have tried to do in all my productions so far.