Warning: "continue" targeting switch is equivalent to "break". Did you mean to use "continue 2"? in /home/csimpart/ftp/nowy.dialogfestival.pl/wp-content/plugins/unyson/framework/core/components/extensions/manager/class--fw-extensions-manager.php on line 3664
 nicht schlafen • Międzynarodowy Festiwal Teatralny Dialog – Wrocław 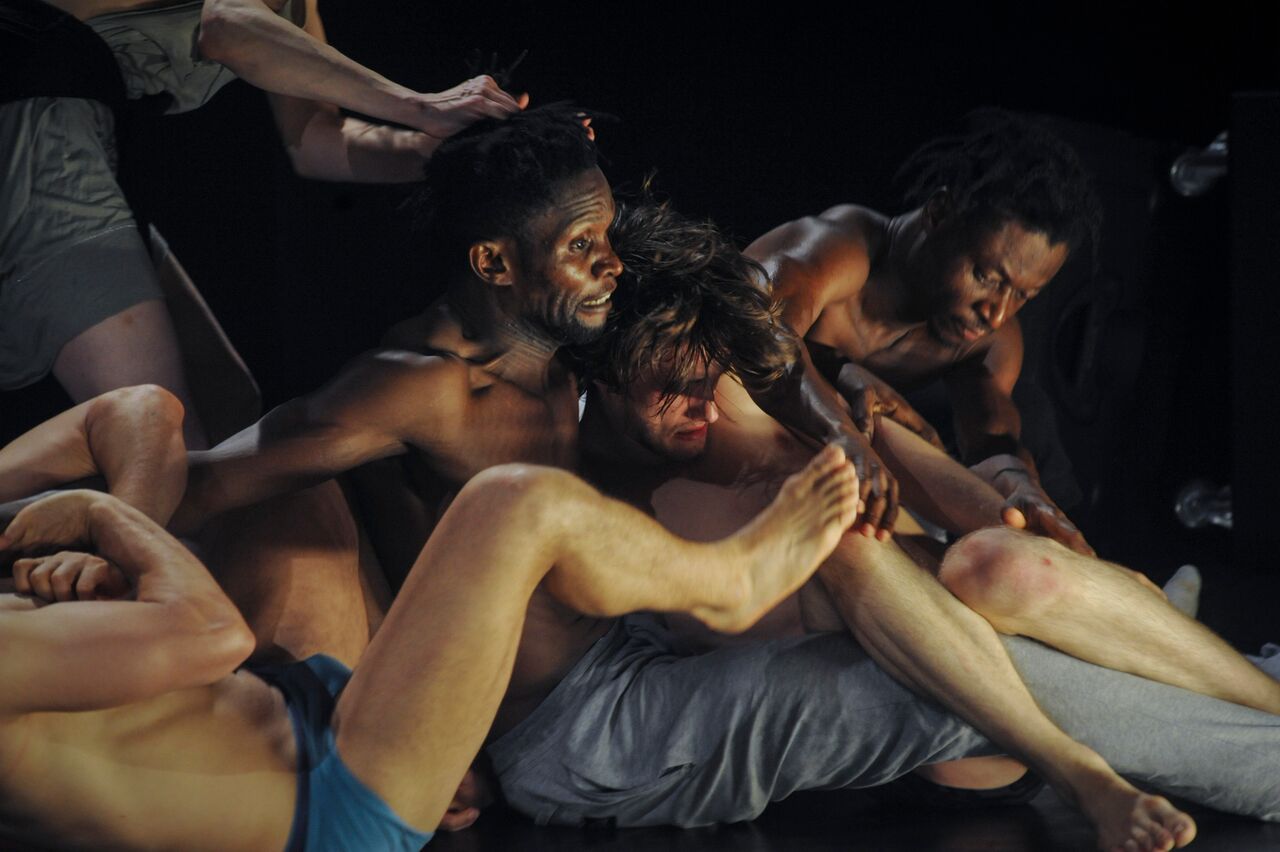 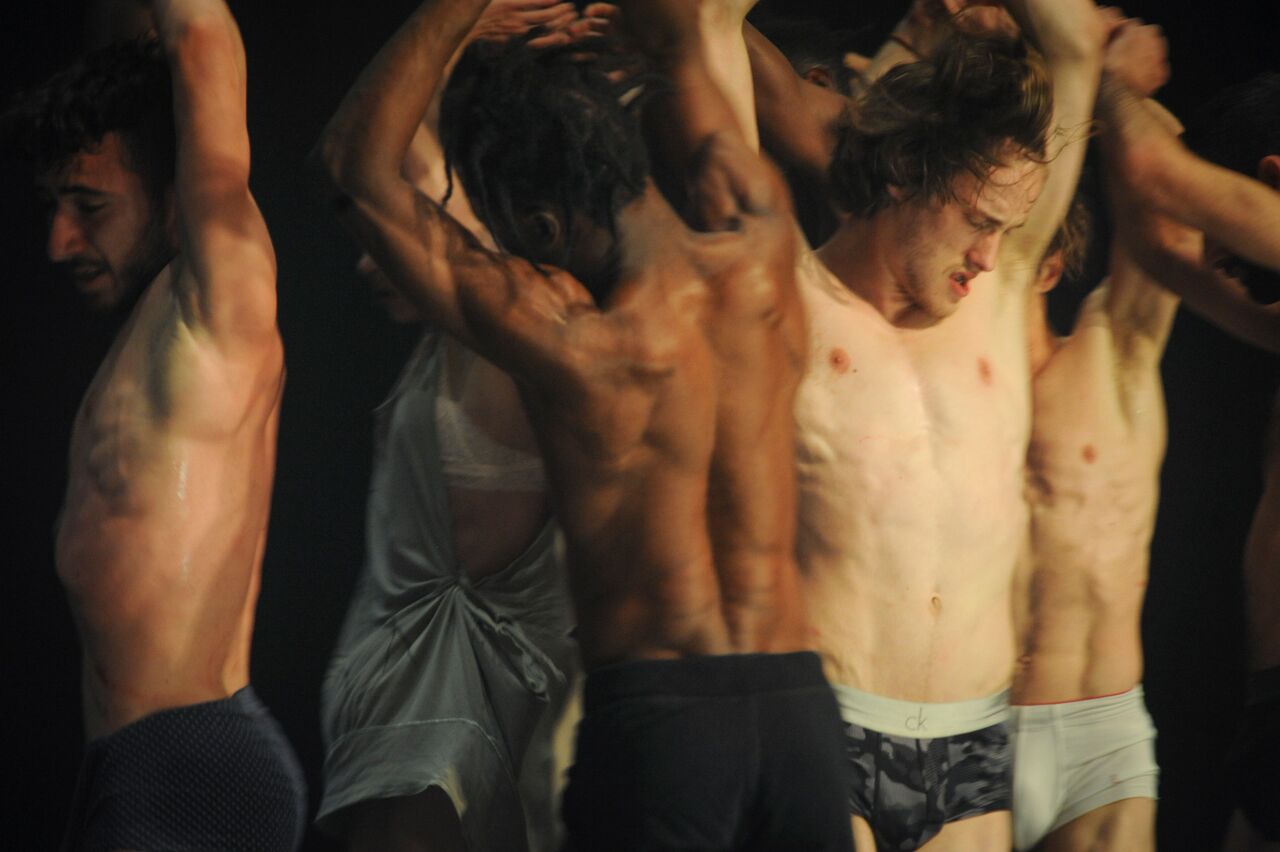 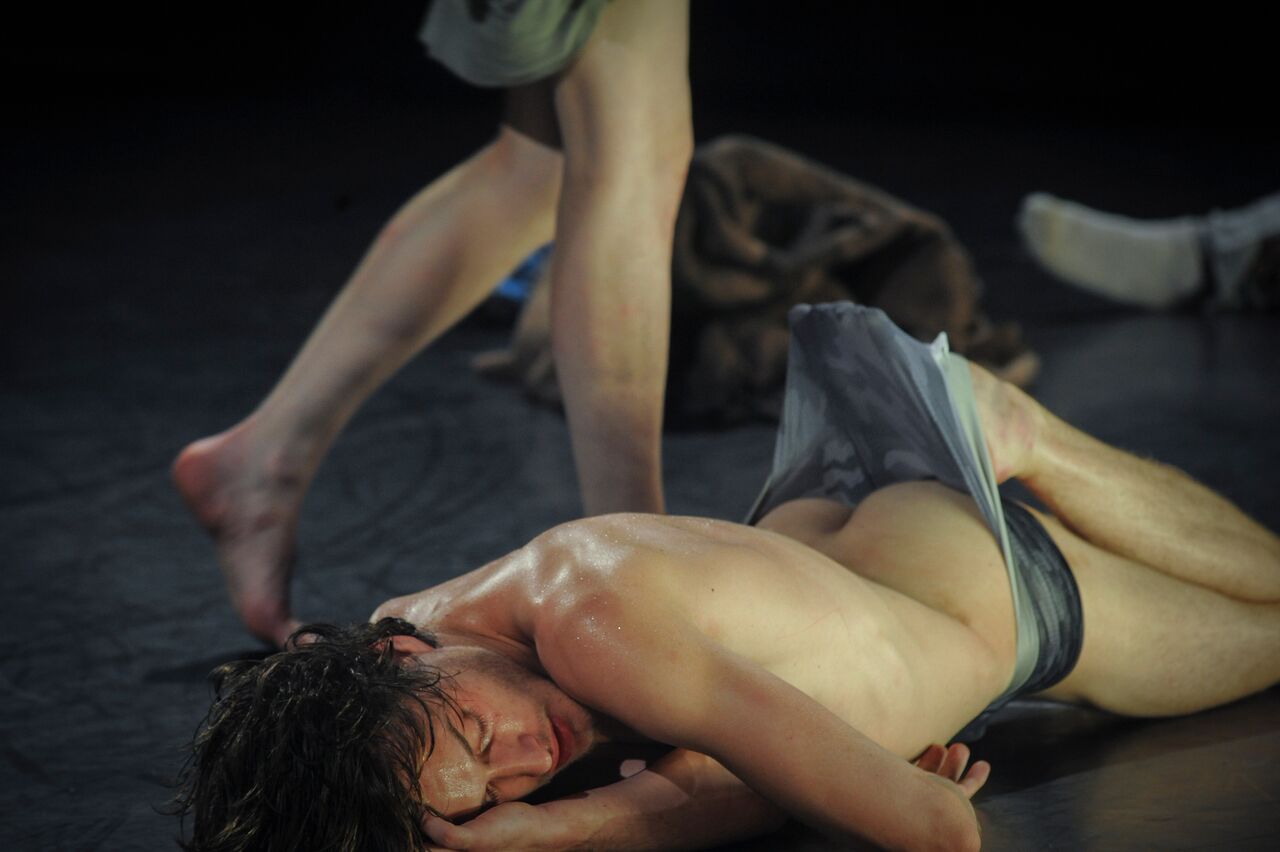 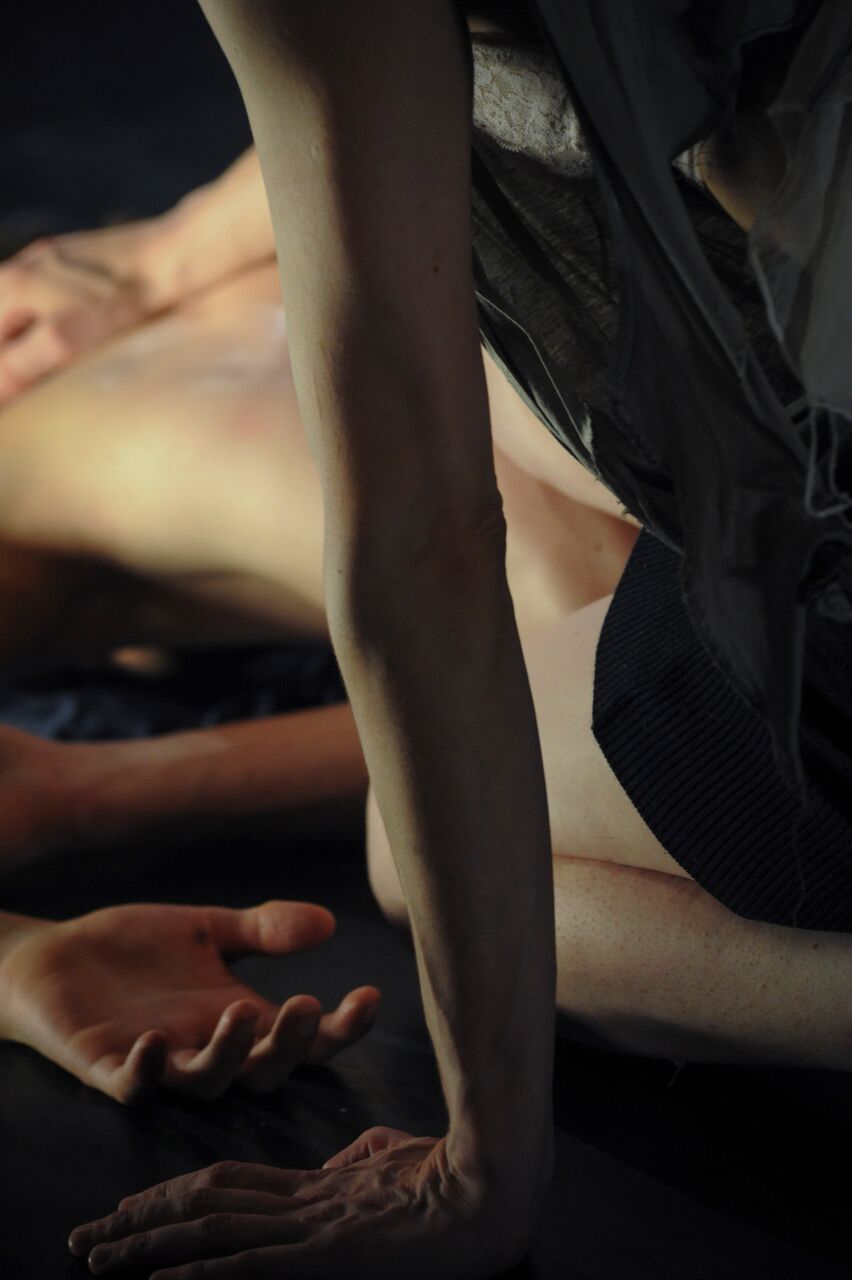 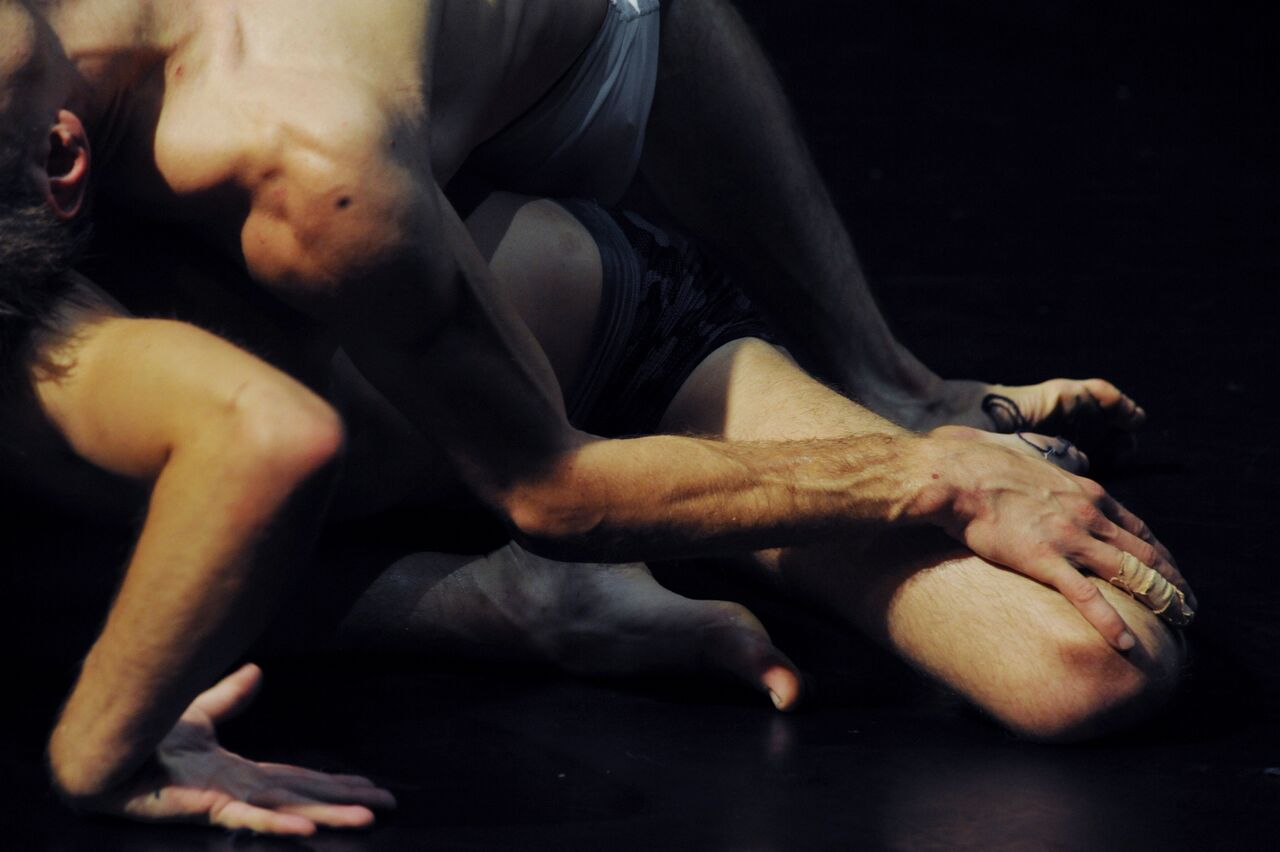 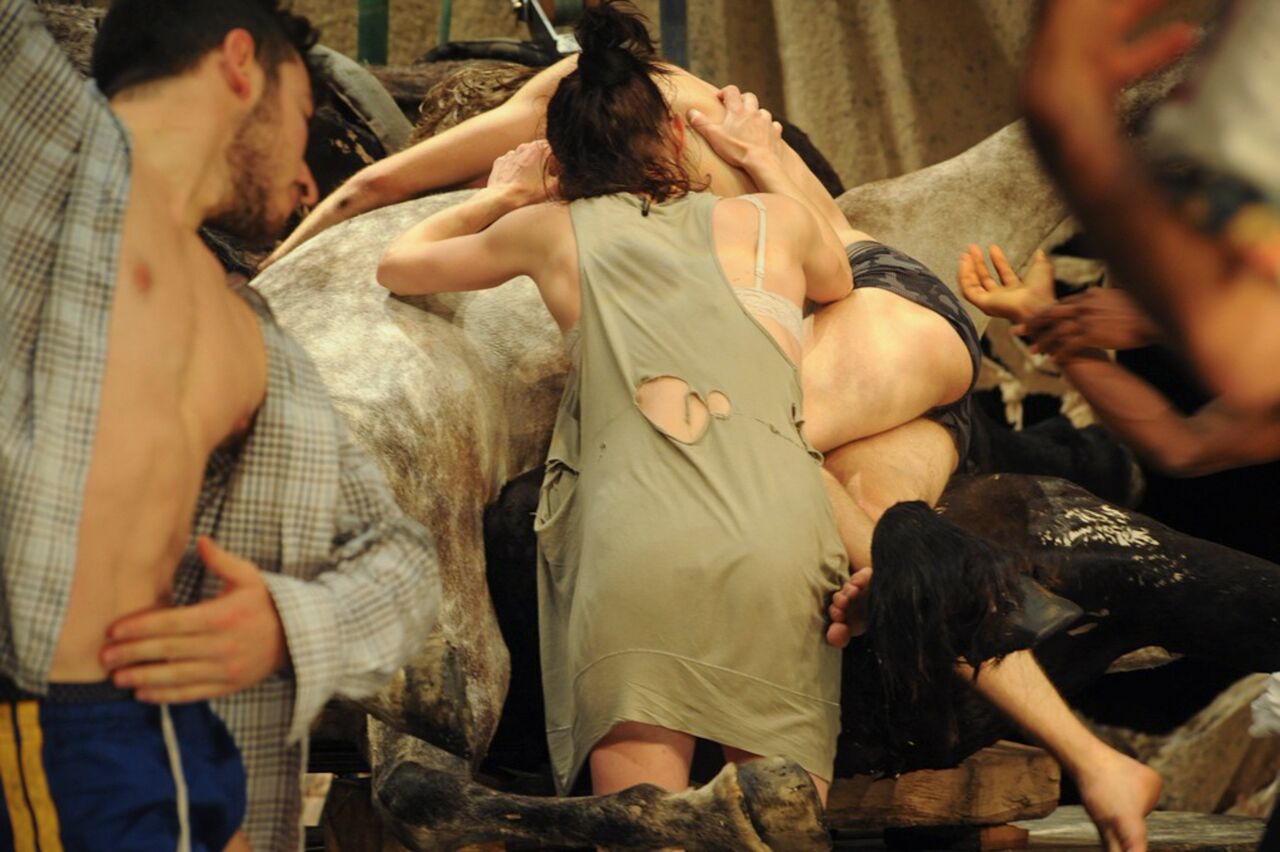 A group of men is gathered around a wooden altar, on which lie three dead horses, to perform a ritual. Who are they? From what disaster-stricken world do they come? Who is the woman among them? Will she be sacrificed on the altar of their collapsing manhood? These are just some of the questions that emerge as we watch Alain Platel’s latest production. In this apocalyptic vision of the present a constant fight is going on not only for a space to live but also for one’s own place in the newly emerging hierarchy. Although we are watching a strange ritual of some primitive tribe, it is hard not to think that the story comes from a world that is very close to us. Looking at the dancers, who literally tear their clothes, it is hard not to see in them all those people living on the peripheries of our world, people for whom the disaster has already happened, who are not expecting a war, because it has already become real for them.
Alain Platel uses as the starting point for his production the music of the Austrian composer Gustav Mahler. It was precisely in its aggression and nervous tension, its passion and longing for a lost harmony that he found an inspiration for his production, a dark tale about our modern world. It is a radically beautiful story of suffering and death, about the decline of civilisation and about attempts to rebuild relationships on the ruins of the old world.

“A dark and moving performance.”
theupcoming.co.uk

“The production is simply beautiful. We cannot take our eyes away from the dancers, who constantly compete against each other, hug, love, fight each other like Cain and Abel.”
La Libre Belgique

ALAIN PLATEL (1959) – Belgian choreographer and director. In 1984 he founded the artistic collective les ballets C de la B, with which has created such productions as Vspr, Gardenia, Bonjour Madame, Pina – Out of Context. Platel’s method consists in months of improvisation with dancers in an open creative process. The collective is made up of dancers with a classical and contemporary dance background. Platel has received numerous international awards, including the New Theatrical Realities and Les Prix de la Danse.

ALAIN PLATEL ON THEATRE:
Initially, I was not convinced I should do a production inspired by the music of Mahler, because I didn’t find his music very interesting. But I was reading a lot about Trump and Erdoğan, ISIS terror, Brexit and nationalism raising its ugly head across Europe, which made me realise how much there was in common between our reality and the times in which Mahler worked. Many of my friends who watched nicht schlafen rehearsals pointed out that I managed to capture in it contemporary fear, uncertainty, omnipresent violence in its sudden and unexpected explosions, despite the fact that their first reaction was that they saw on stage some archaic, primitive tribe.